We were gritting contractors for the local authority for over 30 years. At one time we had nearly 30 items of plant on the winter maintenance list, including 6×6 motorway gritters, side ploughs, ploughs, snow blowers, wheeled loaders, crawler loaders and tipping vehicles fitted with snow ploughs.

During the winters of the 1970s and 80s they were all hired regularly, clearing the four trans-Pennine passes in our area: Buckstones, Standedge, Isle of Skye and Holme Moss. We also worked out in Kirklees East, the Batley and Dewsbury area, though from our point of view though, the Colne Valley area was our priority.

Latterly only six vehicles were called upon with just four routes between them. These covered over 80 miles of priority routes. The gritters were calibrated to spread between 15 and 40 grams of salt per square metre of road, 40 grams being the maximum allowed, usually in snow conditions, 15 grams is a miniscule amount and spread over 1 square of road is barely visible. If you can, imagine a vehicle trying to clear both sides of 80 mile of road in snow conditions, that’s 160 miles of hills, country roads, trans Pennine passes and village centres. It was an impossible task. Add in rush hour traffic, grid lock trapping the gritter in constant queues while the snow is falling all of the time, covering the salted surface within a very short time.

We were tasked with clearing both sides of 80 miles of hills, country roads, trans-Pennine passes and village centres while the snow was falling all the time, very quickly covering the just-salted surfaces.

The local paper headlines the next day? Gritters caught out again! The reality is that we were very, very rarely caught out. It was the task that was impossible, particularly with the volume of traffic present on today’s roads. There were times when, at our location in the hills, it was snowing and at lower levels it was raining and we couldn’t get permission to turn out. Without permission we couldn’t, indeed, mustn’t turn out, it was very frustrating, especially when local people pointed the finger of blame at us. We didn’t have any input into the time, frequency or location that gritting took place, we could only do what we were told when we were told.

After a heavy snow, side or secondary roads were cleared. Just as each vehicle was allocated a fixed priority route, each priority route was split into sectors and cleared a sector at a time. Telephone complaints to Kirklees (not to us!) were also dealt with wherever possible. The sector method was designed to ensure that everywhere got cleared the reality was that problems caused by poor and selfish parking meant that we frequently couldn’t get through many roads. A snow plough is 10ft wide, it needs a wider gap than other vehicles, this in turn leads to other complaints of uncleared roads. To make matters worse, when it snows an awful lot of motorists can’t be bothered to clear their own drive and park on it, leaving their cars in the road adding to the usual parking problems. 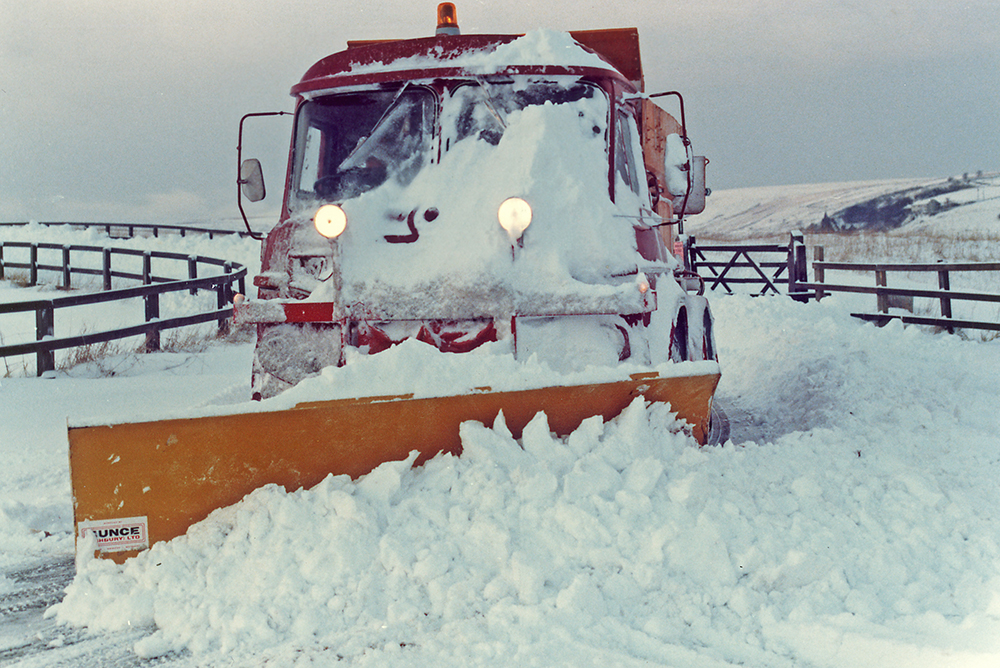 As you may have gathered gritting isn’t straight forward. Another problem is the actual grit. Grit is just rock salt, nothing else, it dissolves in water which is why it disappears after we have applied it. Rock salt also freezes in sub-zero temperatures. The salt will freeze solid in the gritter body or on the stock pile, causing immense problems for the gritter operator, with the salt refusing to exit the gritter body - and once on the road surface the salt is much less effective at very low temperatures. You may have seen the grids on top of gritter bodies. One of the reasons for these grids is to prevent large pieces of frozen rock salt entering the body and subsequently blocking the belt or chute.

I keep seeing gritters gritting in the rain I hear you say. Well yes, you do occasionally. Unfortunately weather forecasting is not a precise art, all of the Kirklees area responds to the same forecast, the trouble is that rain in the Holme Valley can be snow in the Colne Valley, snow at 800ft is rain at 600ft, clear spells in broken cloud can lead to frost and ice in Marsden but not in Slaithwaite. A forecast that says rain will clear by 7.00pm may be true in Denby Dale but not in Golcar. Unfortunately we have to be given a start time, someone has to make a decision and with the best will in the world mistakes will be made.

Our men and machines were on call 24 hours a day from November to mid-April. If a vehicle broke down late at night, we had to repair it or swap it.

Our men and machines were on call 24 hours a day from November to mid April. If a vehicle broke down late at night we had to be able to repair it or swop it. We spent a lot of time and money maintaining these vehicles both in and out of season to keep them as reliable as possible. We only ran premium heavy vehicles, Foden and ERF. They weren’t new but they were reliable. We would have liked to run newer vehicles, unfortunately the income didn’t justify the expense, we only got paid when we were working, no cold weather equals no work equals no income, there was no guaranteed return from these vehicles.

The bureaucracy and legislation surrounding drivers' hours and the Working Time Directive coupled with the lack of a guaranteed return on our investment led to us withdrawing our services after 33 years. We gave Kirklees Council ample warning that we wouldn’t be tendering for any future work. 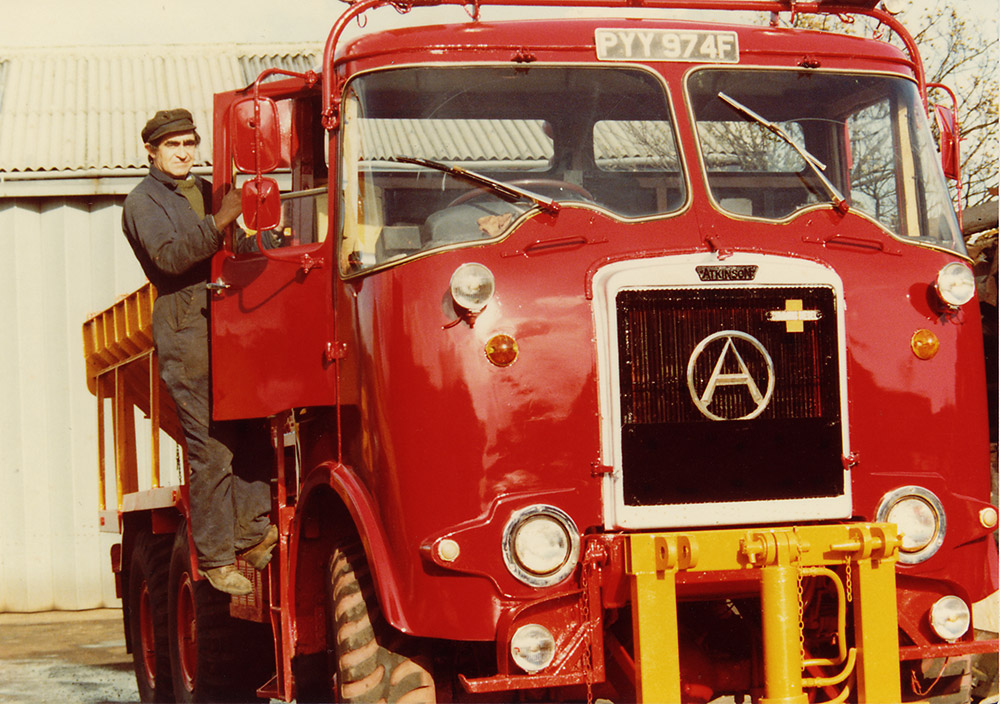 The council was in a quandary as there wasn’t an alternative contactor based in the Colne Valley or even near to take on the work. Schofield offered to squeeze a further year out of the existing vehicles if the council could find a way to legally extend the existing contract-this was our suggestion. Other contractors had to agree to the same terms for it to work, although I doubt that they were aware that we had suggested it as a compromise to allow the council more time to plan for our replacement.

In sub-zero temperatures the grit itself would freeze, causing immense problems for the gritter operator.

We completed the extra year but a replacement hadn’t been found and the following winters the road clearing in the Colne Valley was a complete shambles. There were years of recriminations, suggestions that we were sacked, a Facebook page calling for our reinstatement but the truth is that we had had enough and withdrew amicably on the best of terms. The whole episode is now just part of the rich and varied history of the company.